Today is going to be like a dream come true.

When I found out what I'm going to tell you I actually screamed with joy.

TODAY I'M ATTENDING A MUSIC FESTIVAL IN AN ALPACA FARM!!!!!!!!!!!!!! Yes it's true! The Bottega Music Festival in Kelowna, BC is hosted at the Bottega Resort which is located on a thirteen acre alpaca farm. I thought that was so cool. I've never heard of anything like it.

I'm most excited to see Michael Bernard Fitzgerald. He's really good and I saw him last year at a different folk fest.

Well, I'm gonna go now because I have another blog post to work on....BUT IT WILL BE OUT SOON!

Save the drama for the llamas and be an alpaca,
Geeky Tofu.
Posted by Geeky Tofu at 09:57 2 comments:

Sorry for being away!

Hey guys.
First off,
SORRY!
I know I haven't been posting lately and it's really for a whole lot of reasons.

A) I had exams
Yes, like EVERYONE ELSE I had exams at the end of June and they stressed me out so bad. Practically all I did was study, eat, and sleep. All day. FOR A MONTH! So with that I had no time to blog.

B) I have no time
I have had no time to take five hours to write a blog post! I've had busy weeks for the past three months and it's been hard to fit in time to post.

C) I didn't know what to write
Yeah, um... I was lost. I had basically written all the stuff I wanted to share with the world. I had bloggers block. Everything I tried to write sounded dumb.

Thanks for understanding and I will try to blog more often.

Remember to take your chill pills,
Tofu.
Posted by Geeky Tofu at 09:08 2 comments:

Now Imma gonna tell you about the rest of my trip!

Alright, Coombs Market is the cutest little place ever! You can get lots of good stuff like ice cream, fresh baked treats, toys, groceries, clothing, jewelry, and so much more! My favourite store there is Coombstock, which is this adorable little hippie store where there's lots of cool clothing. I bought a red van shirt there.

This place was absolutely astonishing! In the first part there is all taxidermy animals that didn't make it. But then, there's real, live animals! There's bears, eagles, ferrets, owls, pigeons, crows, turkeys, geese, and quite a few more, but I don't remember. My favourite animals there were the owls because they're my favourite animal - YAYYYYYYYY!


Ucluelet was a cool little town that we stopped in, but not for long. The one thing we did there was go to a cool catch-and-release aquarium where you can touch some of the sea-creatures. At this aquarium, they grab a bunch of creatures at the beginning of the season, and at th end of the season they let them back into the ocean.

That's all we have for today, but I hope you guys enjoyed it!


Save dat drama for the llamas, and love alpacas instead,
Tofu.

Hey people of Earth!
Sorry I haven't blogged in a while but it's because I've been on a vacation on Vancouver Island! Yeah that's been the most exciting part of my life lately so ya let's blog about it!


So one of the places I went to was Nanaimo which is right on the Strait of Georgia. It is absolutely beautiful there with all of the cherry blossoms and crab docks and there was even a sea lion! Also, we went to this really cool park called neck point and it was BEAUTIFUL!!! Nanaimo is great, but it's a bit too small for a city gal like me.

Now Tofino is super duper cool and it is on the other side of the island that Nanaimo is on, which means it's right by the pacific ocean. We mostly played at the beach while we stayed at Middle Beach lodge. But it was AMAZINGGGG!!! I wish I was back there... We went into town a few times too and we also did a lot of walking in some beautiful parks.

Thanks for reading today and I will FOR SURE be back very soon with part 2!

Okay we need to sort out the stupid dress here.

I see it as black and blue. Apparently my eyes are more sensitive to light?

I honestly don't get how people see this as gold and white...

Okay there's this one pic of it where they edit it a bunch and the closest thing to white and gold that I see is powder blue and gold.
Here:

The rest is all black and blue though.

SOMEONE HELP ME THIS DRESS IS WRECKING MY BRAIIIIN!!!

Save Vader for da Gaters.
Geeky.

SORRY FOR MY DISAPPEARANCE BUT I HAD NO IDEA WHAT TO WRITE SORRY SORRY SORRYYYYYYYY!!!!
But now,
it its time,
for me to tell you who my ultra-bae is... 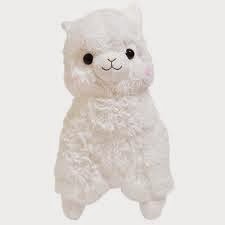 And someone please tell me... why the hell is it so damn cute? Like seriously, who invented this?

Wait.
I'm on a computer let's Google this...

Well apparently it's made by the brand AMUSE but I currently cannot find their website. That was sorta helpful... I guess.

I do not have an alpacasso plush yet but I plan on buying one online but I am looking for a super authentic website to get it.

Here is my favourite alpaccasso that I want to get: 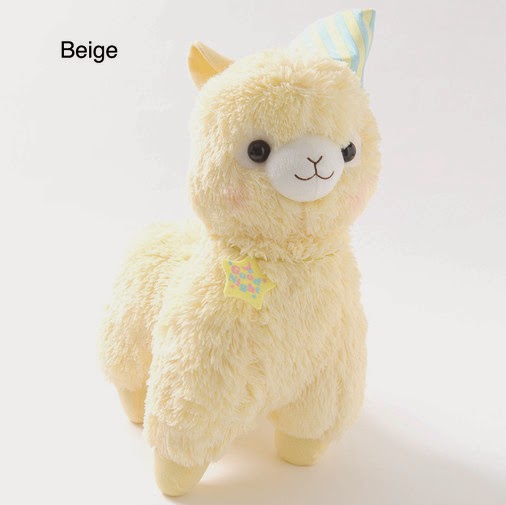 This is the Beige one of the Good Night Collection. So cuuuute!!!

That is all for today!

Until next time (and space),
Tofu.

Oh boy oh boy...
This was movie s going to be pretty damn hard to review... Well, so I don't confuse you or anything I'll do the pros and the cons of the movie cause... GAH IT GAVE ME MIXED FEELINGS!!!

Pros
1. Smaug's Reign
This part was really good because of... you know...fire, death, destruction... perfect, right? Yeah this part was pretty kewl if ya ask me.

2. Thorin's Dragon Sickness
I absolutely love how they portrayed the dragon sickness! It's EXACTLY how I imagined it. Thorin is now dead, which I don't really care about because I hate very much dislike dwarfs. *bats eyelashes sweetly*

3. Kili and Fili's Death
Okay first off, I honestly never wanted them to die. They were cool. But it did happen in the book so I have to give a thumbs up for that.

Cons
1. Thorin's Death
This was super screwed. Thorin was supposed to die back in a tent with Gandalf and Bilbo or something and Bilbo gave him the Arkenstone.... but he died on a mountain with only Bilbo and no Arkenstone.

2. The Arkenstone in General
It was sooooo messed up! Bilbo gave it to the elves and stuff and that is nothing close to it. Jeez... was it REALLY that hard to get it right?!?!

3. The stuff with Gandalf
Okay I know that this was in the appendices but it still wasn't in the book and I don't like it. Haha I'm so stubborn...


Well thanks for reading and let me know what you thought of the movie!!!